Before explaining what constructions are and how a language student uses them to speak English fluently, we need to define “fluent.” A few things that fluency is NOT:

* Speaking fluently does NOT mean you speak without an accent. Everyone speaks with some kind of accent, including native speakers. If you speak, then by definition you are doing so with an accent.

* Speaking fluently does NOT mean you speak like a native speaker. Many native speakers speak quickly, but their word choices might be incorrect, their grammar might not be standard, and their vocabulary very limited.

* Instead, fluency is the ability to say what you want on a broad range of common topics without much hesitation.

* Fluency comes in degrees: The less hesitation a speaker has, and the more topics he can speak about, the more fluent he is.

* Your goal should be fluency right from the start. This is true for anyone learning any language. There is no special level you need to get to before developing fluency.

Now that you know what fluency in speech is, let’s look at what constructions are and how they help develop fluency.

What Is A Construction?

A construction is a fill-in-the-blank phrase which features a target word or expression. For example: Yesterday, I went to the _____ . (bank, store, mall, library, doctor)

The student then says each version out loud like this:

You should try to have at least 5 different substitute words in each construction. Some language experts say as many as 15 are needed.

* Constructions help remove hesitation in speech, which is the key characteristic of fluency. Also…

* Each time you master a construction, you’re developing what’s known as localized fluency. This means you’re becoming fluent with that particular phrase. If you continue to do this with all the main constructions of the language, eventually you will develop general fluency.

How To Apply Constructions to Your Language Studies

Any time you learn a new word or expression, you should quickly create a construction that features it. Let’s look at some examples:

To practice it, here’s a construction you could make:

Example 2. Let’s say you’ve just learned the expression, “to make money hand over fist” (which means, “to make a lot of money”). Here’s a construction you could use to quickly master it:

What Is Construction Branching?

By creating your own branches from a core construction, you’re forcing yourself to make it a part of your vocabulary.

Leave a Reply to banjiidh 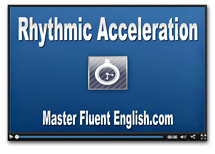 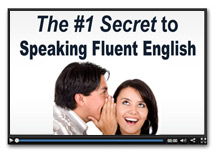 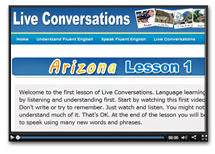